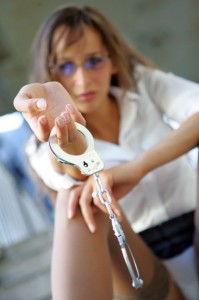 When my original incest books were banned and many romance writers said, “Oh it’s just taboo stuff? Well that’s okay, then, I don’t write that…” I warned the erotic romance community that it could be their niche next. Dark Romance as a genre has started to heat up Amazon’s bestselling charts from Deviant to Tears of Tess, featuring heroes who have a dark edge, but some books have apparently gone too far, according to Amazon’s ever-changing guidelines. Lily White’s Her Master’s Courtesan was outright banned on Amazon. Recently, the dark romance boxed set, Bend, was banned as well. Why? In these cases, it was likely enough customer complaint to warrant Amazon checking out the book and deciding that the line between consent and “dubious consent” was just too close for their comfort. Of course, this is conjecture, because Amazon won’t ever tell us what is and isn’t acceptable.

This will, of course, lead to a lot of self-censorship over time, which I’m sure is the point on Amazon’s part, because erotica writers won’t want to pay cover artists to re-do “inappropriate” covers and they won’t want to write books that readers just can’t find on the behemoth retailer. And dark erotica and dark erotic romance just seems to be upping the ante with every book, with heroes who are complete mysogynists, from drug dealers to human traffickers to violent criminals. Granted, the hero (usually) turns things around, driven by his love for the heroine, but the stakes are getting higher, the drama is getting stickier, and the darkness in these books is getting, well, darker. In the end, dark erotica/romance may have to go back underground, or at least be a little more careful in its presentation, if Amazon has anything to say about it. And, as usual, if a customer complains, Amazon will likely shoot first (by banning a book) and ask questions later (or not at all).

So what is a BDSM/dark erotica/erotic romance author to do?

What May Now Get Your Book Adult Filtered

Besides the list I updated recently, we can now add:

What May Now Get Your Book Blocked/Banned

Authors have noticed a new feature on the KDP dashboard asking for appropriate reading ages for your book. Great news for authors of kids and YA books. The hope, of course, is that Amazon is creating a “safe zone” for kids, right? But there’s another feature that’s popped up in the past few weeks that is a little alarming for erotica authors under the ADULT filter. Now, when your book is filtered, not only does it not appear under an “All Department Search,” as well as showing up very last in any search results in the Kindle store, regardless of title or keywords – it now doesn’t even show up in the Kindle Store initial search results. Now a reader has to click the “excluding adult items” linkin order to see an ADULT filtered book. (see screenshot below)